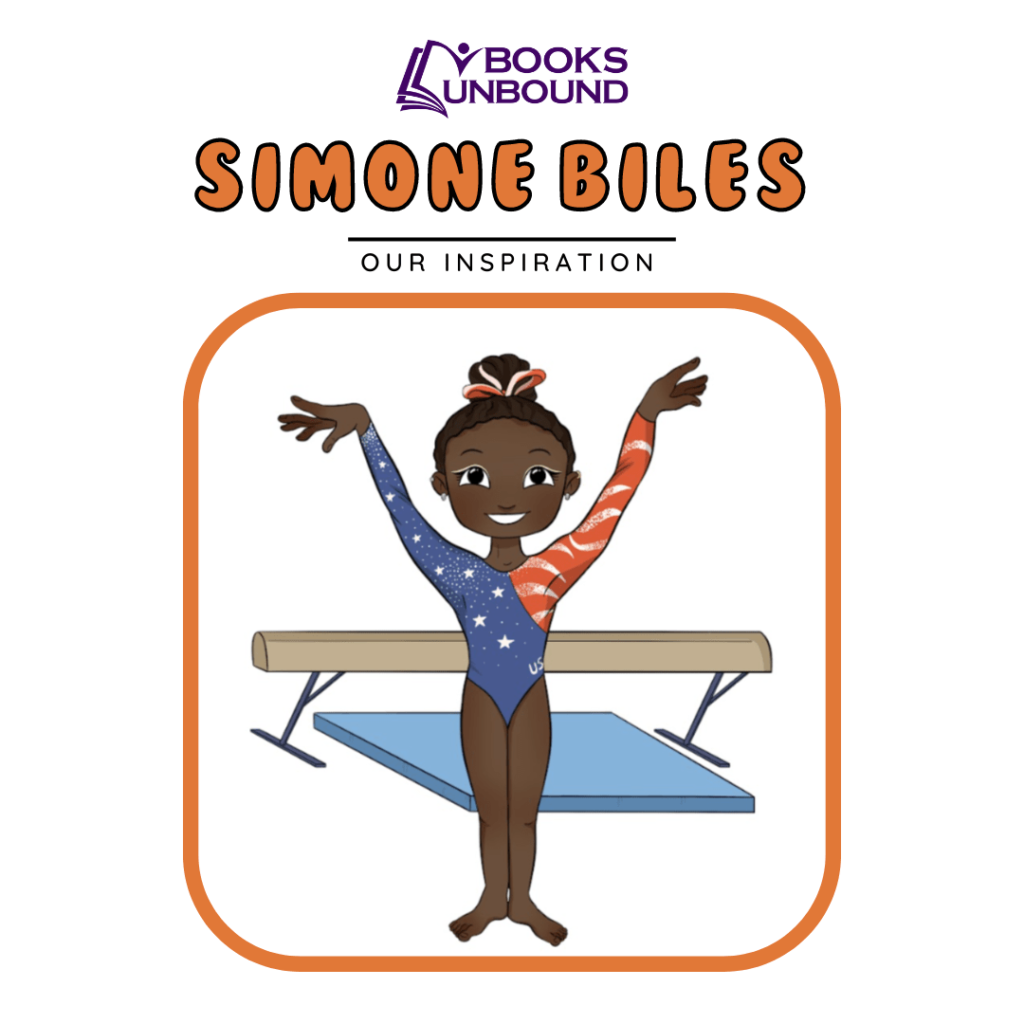 “There’s no dream too small or too big.” 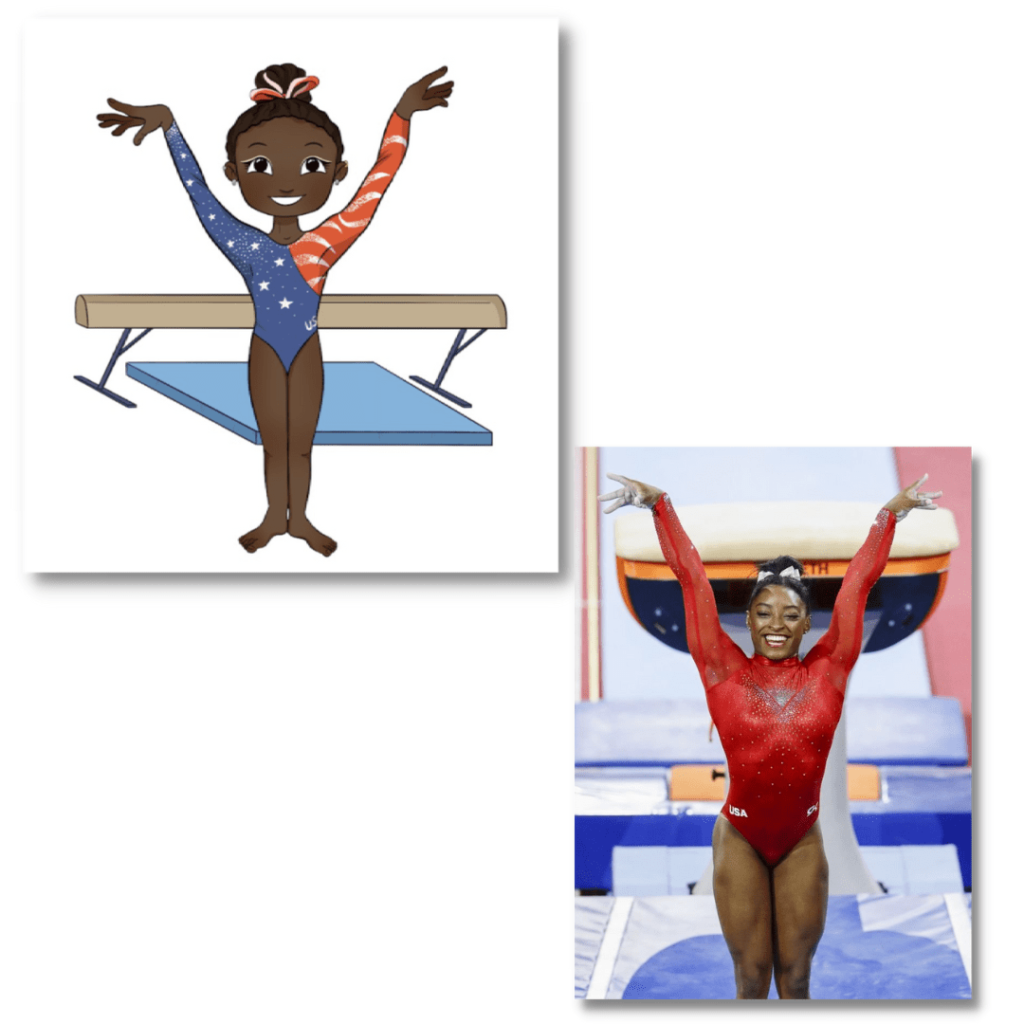 Simone Biles is the most decorated gymnast in history, a sexual assault survivor and an advocate for racial diversity and mental health. She is redefining what it means to be a ‘champion.’

The Greatest of All Time

In the Gymnastics World Championships, Biles holds five all-around titles and a total of 25 medals, the most in history among both men and women. She won the first two when she was just 16. She also holds seven Olympic medals, becoming the first female US gymnast to win four medals during a single Olympic Games in 2016.

Her medals are complemented by a determination to venture where no one has before, a passion for creativity and a personality like no other. Four gymnastic skills have been named after her because she was the first woman to perform them in an international competition. She often wears competition leotards adorned with a bedazzled goat, a nod to her most prestigious achievement of GOAT, the greatest of all time. Many ask her why she continues to attempt such difficult routines, even when they don’t always increase her competition scores. She has her response tattooed on her collarbone: “Because I can.”

However, Simone’s story goes far beyond what can be reflected by her gymnastics achievements.

As a woman of colour, Simone remembers being very aware from a young age that she didn’t look like her teammates. She challenges the lack of racial diversity in gymnastics and has become a role model for women of colour all around the world. When she won her first all-around title at the Gymnastics World Championships, she was the first African American to do so.

As she rose to fame for her gymnastics achievements, she began to realise the influence she held and how she could use her platform for good. During the Black Lives Matter protests in 2020, she spoke out in support on social media.

In 2016, Larry Nassar, the former physician for the USA gymnastics team, was outed to have sexually abused hundreds of young athletes under his medical care. In 2018, Simone Biles bravely came out as one of these survivors on Twitter, tagging the post with #MeToo. After this, she tweeted her disapproval for the USA gymnastics team returning gymnasts to the Texas training centre where Nassar molested many of his victims. Three days later, USA Gymnastics severed ties with it.

At Books Unbound, we admire Simone’s bravery to speak out for what she believes in and use her platform to influence for the better.

During the 2021 Tokyo Olympics while competing in the women’s team final, Biles stepped off the podium before finishing her vault routine. After her shock withdrawal from the team, she later described her reason as having ‘the twisties,’ which causes the mind and body to disassociate when doing twists and flips. This can be incredibly dangerous when performing skills of such high difficulty.

Later that day, Biles also decided to withdraw from the all-around competition and competed on just the balance beam with a simplified routine, winning the bronze medal. And she has no regrets for prioritising her mental wellbeing, speaking out about the pressure of winning and carrying “the weight of the world” on her shoulders. After stepping aside from five medal opportunities, she had given a new perspective to mental health concerns in sport and sparked a global conversation.

“It’s not easy giving up a dream of five years and not getting to do it, so it was really, really hard. But I know that I helped a lot of people and athletes speak out about mental health and saying no. Because I knew I couldn’t go out there and compete. I knew I was going to get hurt. I learnt that It’s OK not to be OK.”

“The word ‘champion’ used to just mean being on top or breaking records. Now it means being vulnerable, showing your inner strength, being courageous.”

At Books Unbound, we are inspired by Simone for her advocacy, bravery and honesty. She showed the world that prioritizing yourself can sometimes be the bravest decision, no matter how much pressure you are under to ‘soldier through.’ Her story inspires us to push boundaries and aim high, but also recognise when it is time to take a step back and be kind to yourself.

About Our Inspiration Project:

The stories worth sharing. We “cartoonize” the characters whose stories continue to challenge and inspire us everyday, transforming our perspectives.

Our Inspiration
Yesterday at 3:49 pm

Ramjan “When you consider the job as your own responsibility to serve humanity, you will find the perfection.” Ramjan is one of the Books… 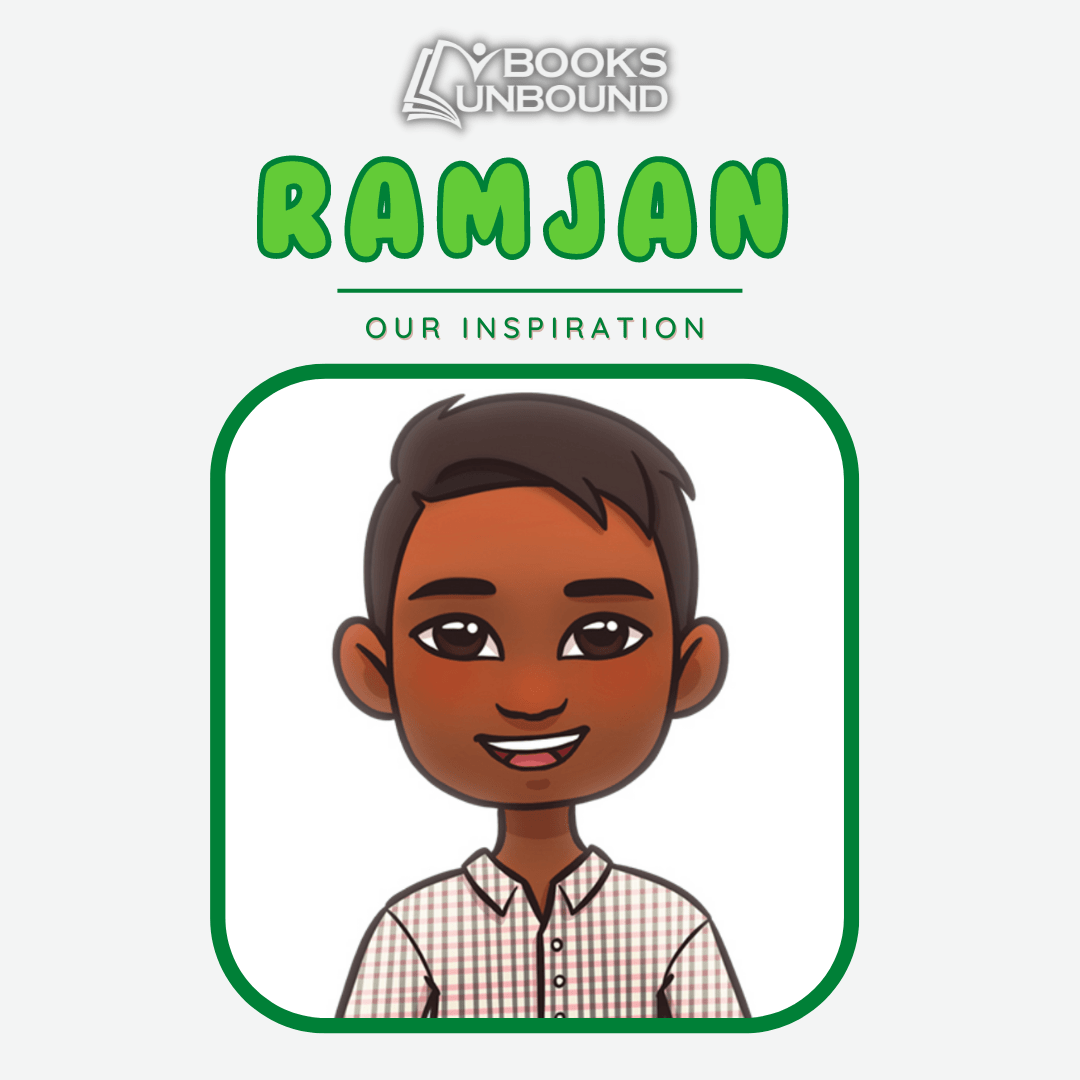 “Courage doesn’t mean you don’t get afraid.” Female Athlete | Living with a Disability | Advocating for her Community Bethany Hamilton is an inspiring… 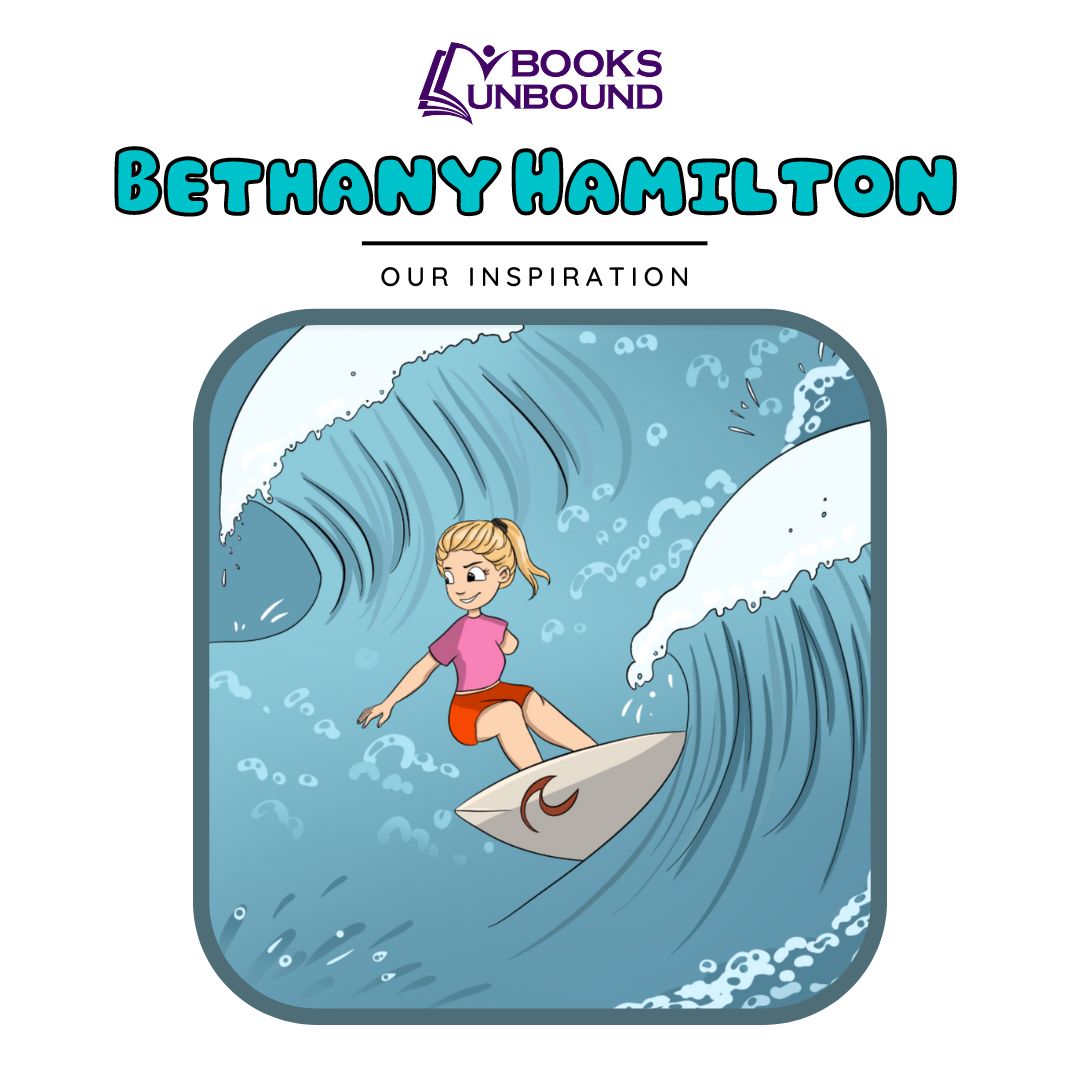 Samuda “We don’t like to live in this world with the name of refugee.” Samuda became our first official teacher for the Girls’ Program.… 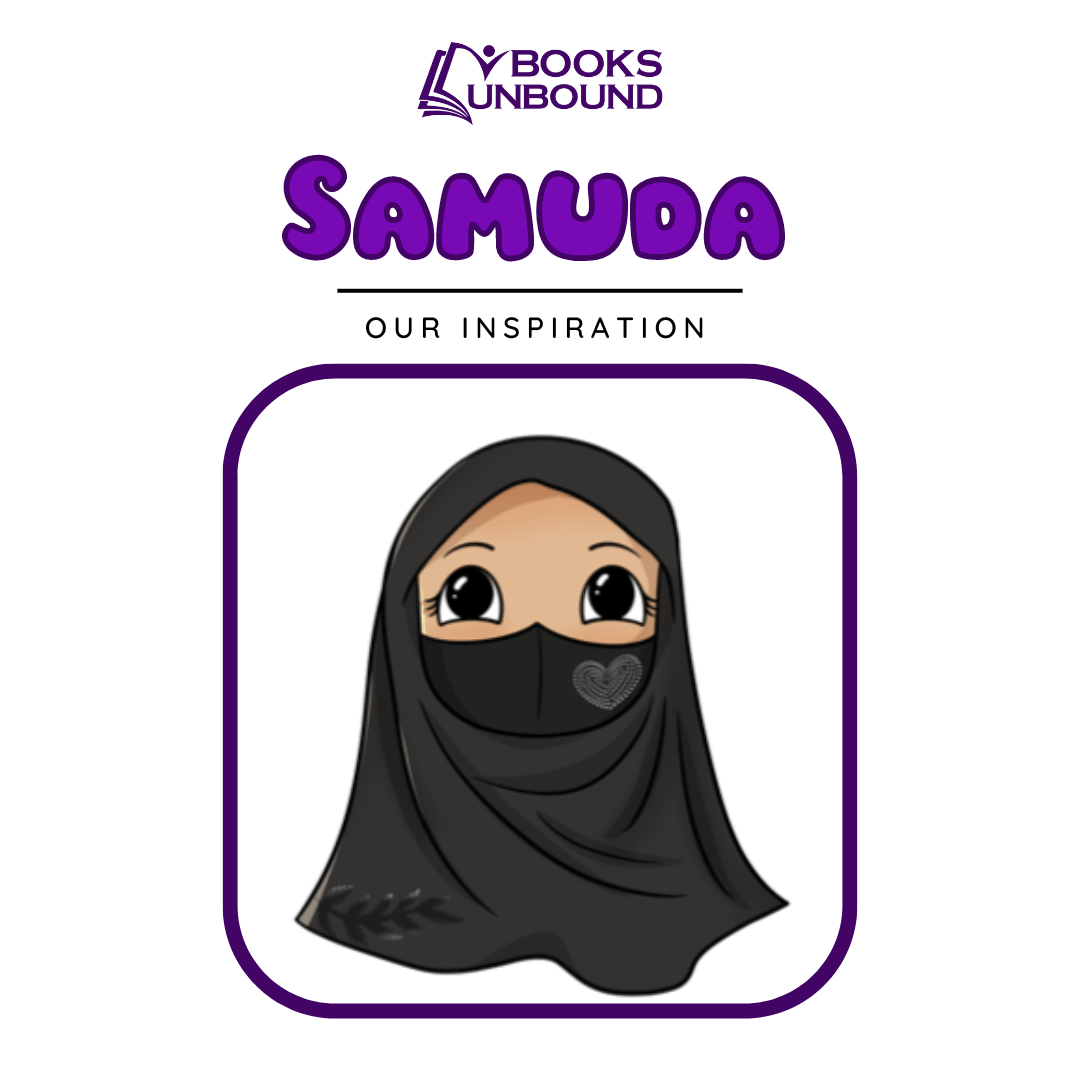 “When I left Sudan, I said I would never run again.” A unifying figure for South Sudan, Guor Mading Maker has become an inspiration… 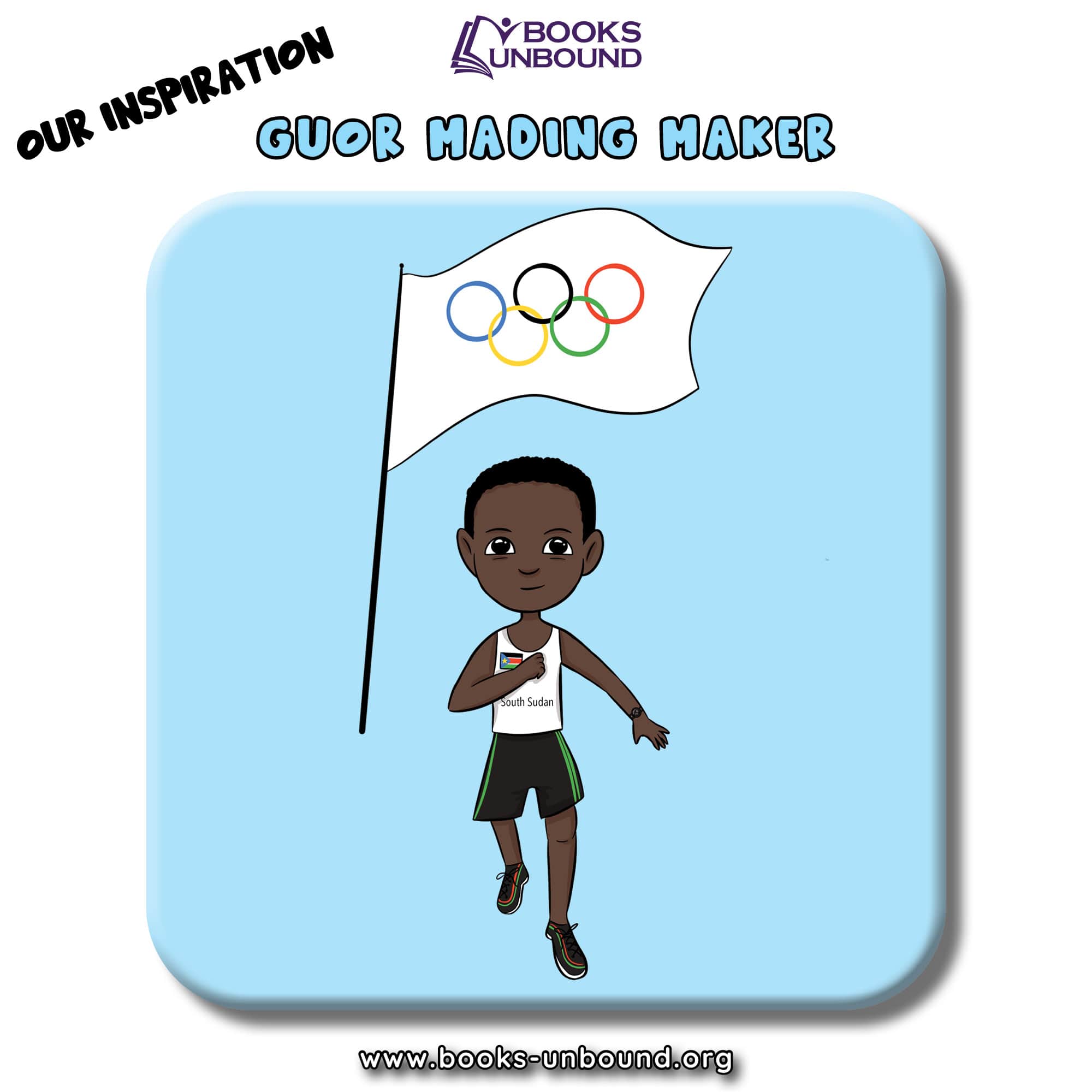 Back to Our Blog
Menu